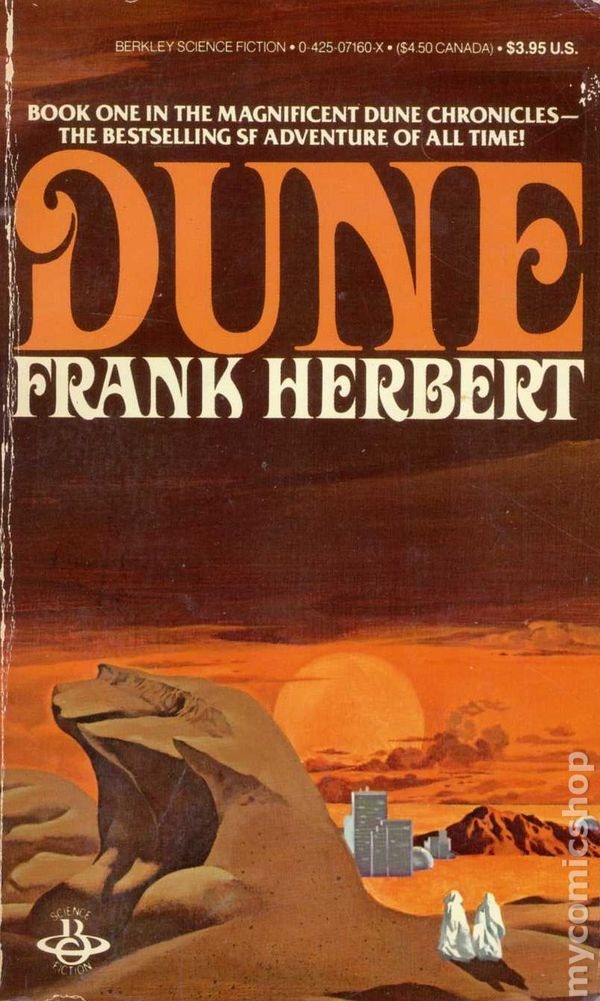 Many years ago someone asked me if I had read Dune, and I said no. He said I "MUST!", so I agreed.

If I had known it was going to be such a huge book I probably would have protested more, but I am glad he was so persistent.

I really don't like science fiction and I dislike any "space" dramas even more. But it didn't take long to get sucked into the world of Dune, and many years later I can still close my eyes and feel taken back into the book.

I have never seen a world painted in so much detail in any story. Several attempts have been made at turning this world into a motion picture, and all of them failed miserably. I do hear good things about the newest attempt (2021). The fact that it required decades of visionaries and the most modern visual effects to even portray PART of the first book says a lot about the scope of the story.

Everyone seems to agree that the sequel books are not as good as the first, so I didn't bother reading them.

Though I still dislike science fiction, and space dramas, I do admit that this is the best one I have been exposed to, and it is worth your time if you're into that kind of thing.