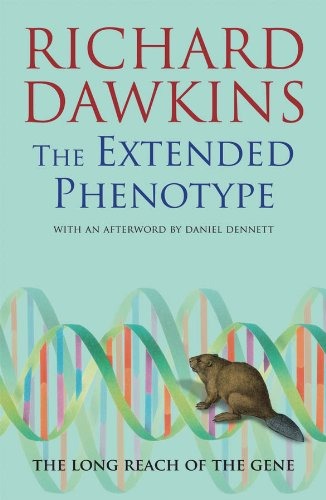 The Extended Phenotype: the long reach of the gene - Richard Dawkins

When I first started reading I just went to the big mainstream bookstore in my town. Of course Dawkins is a big name in mainstream academia, so I ended up reading all his books.

At that time, I was an atheist and believed the mainstream evolution story. I no longer believe this, but, this review isn’t to bash Dawkins.

In more recent years I have become a huge fan of Rupert Sheldrake, and have watched his ongoing feud with Dawkins. I always considered this book of his to be his best work aimed at the public, and every time I see him arguing with “enemies of reason”, I can’t help but wonder if he’s ever thought about how close his extended phenotype theory is to Sheldrake’s “morphic fields”.

I do think Dawkins has let his public atheism get to his head, and I don’t think he’ll ever change his tune. But old Dawkins (this is from 1982 and his more famous yet hardly understood Selfish Gene is before this), old Dawkins was much more interesting.

Anyway. I’m strongly on the side of Sheldrake these days, and I know Dawkins and his cohort are seen as demons to many of the spiritually inclined folk, but he became a big name for a reason and his older work is worth the read.

Lately I’ve been saying a lot that the alternative people don’t understand the mainstream theories well enough. They have more flesh than we give them credit for, and this book is a good example and a thought provoking read if we can put politics and religion down for a moment.

I do recommend it.