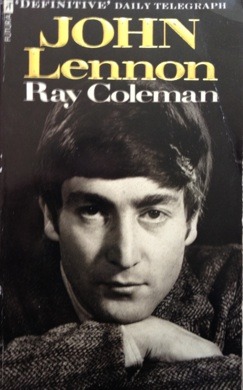 I feel like this was an honest biography for Lennon.

Many of Lennon's biographers have really glossed over the darker parts of Lennon's life, and have especially scrambled the period after The Beatles.

This book took its time through his childhood, told a great rendition of the early meetings with Paul and the early forming of the group, and of course the German sessions.

I was actually happy that it went much faster through The Beatles career, because that has been covered so much elsewhere. The long story of Lennon's time after The Beatles was, I think, the best part of the book.

Lennon was a rare talent for sure, and his pairing with Paul and George, and even Ringo, surely is one of the most magical combinations we humans have ever witnessed, but it is still far too prevalent to hold these figures, and their work, so high that it is as if the artists are not without flaw.

Lennon was a deeply flawed individual, and this book strikes a good balance between the interest we all have in the story, the honest truth of that story, and also on what tends to get left out of the story.