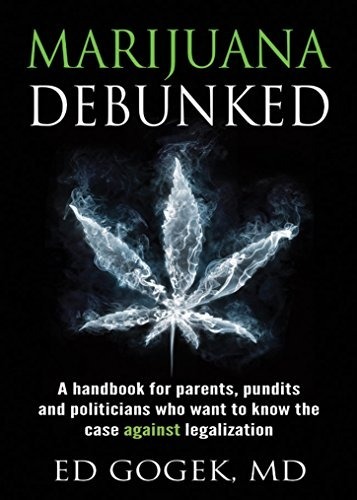 I was very impressed by this book.

It is quite hard to find anything solid AGAINST marijuana. Interesting that it is the opposite for tobacco...apparently smoke is fine as long as it’s marijuana smoke...

This book isn’t really about health. The author is an addiction counselor and he makes a really solid case against legalization.

Of course this is blasphemy to much of my audience, but we have created an echo chamber of mostly nonsense when it comes to marijuana.

I did vote for Chairman Trudeau for legalizing, but I was never in favor of government control. We had a period of decriminalization when I was young and I much prefer that to a “legalized” system.

But, I have smoked weed more than 2/3 of my life. I am biased, and as this book points out, drug users are very likely to support anything that makes it easier for them to use - whether it is good for society or not.

I am not going to spoil the book but I am going to highly recommend it to every pot smoker and everyone who supports any form of legalization. It is likely you haven’t really heard the other side, because the lobby for legalization is all you will see in media and most books.

This isn’t a moral argument. It’s not religious. It’s political and there is a strong case to be made that marijuana is harmful.

It has some medicinal benefit, but it is demonstrated that those using “medical” marijuana are by a huge majority not actual patients. In our store in real life, we sell CBD products - they are vastly more expensive than proper nutrition and they don’t at all address the problem. I tried to talk numerous people out of those products, but they’re caught in the echo chamber and they want “medicine” to “manage” their problems.

There are several outright lies and even more misconceptions involved in marijuana promotion, and this book is very clear at laying them all out.