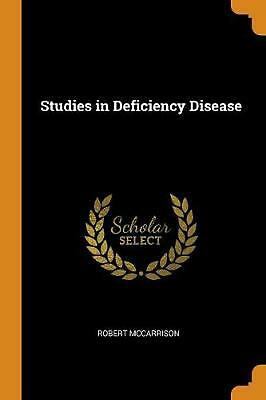 Sir Robert McCarrison is a very interesting character in the history of nutritional science. He spent a long time (7 years) living in Hunza with the worlds longest lived people, and became the Honorable Physician to the king of England in 1935.

He spent most of his career in India doing animal experiments, basically adding and subtracting foods and vitamins repeatedly. I actually wanted to read his books because I wanted to know more about his massive rat experiments, but sadly that was not in this book - the key species here are pigeons, guinea pigs, and monkeys.

This is not a book I can widely recommend because you have to know the technical words and anatomy or it won’t make sense. Modern books tend to attempt to explain everything, but this is both very technical and old enough that it is a tough read.

If you do study nutrition, it is worth it to be familiar with McCarrison’s work. They didn’t have anywhere near the whole picture back then - they only knew about vitamins A, B, and C, knew very little about mineral function, and of course didn’t know that A and B are not one single vitamin, but many different yet similar compounds. They didn’t know much but they still knew a lot. And they talked just like we do now almost a hundred years later promoting vitamins.

Good information, not a fun read, not for the general public.