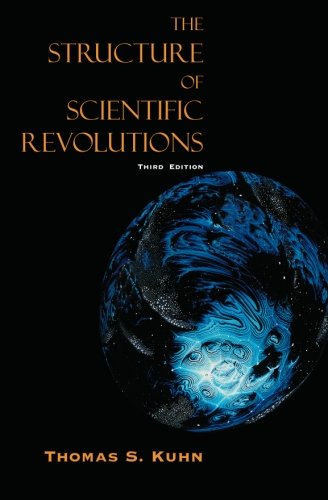 This is one of my favorite books. If this book were more widely known and understood, I doubt we would have the unquestioning faith in “science” that we do today.

Science writers often quote this book, yet I hardly see anyone actually taking its message seriously.

Kuhn goes into great depth on why exactly “science progresses one funeral at a time”, and why exactly dogmas are so widely perpetuated in the sciences.

Scientific dogma has become one of the biggest problems in the 21st century. We are told to “trust the science”, and are made to seem like we are crazy, or worse, if we do not believe the dogma.

Science was never proven right by consensus, or by simply repeating a statement or theory until enough people believe it, but in practically any popular topic you can name today, dogma and “consensus” are the main things holding these theories up.

It seems in the modern world that this is a bigger problem than ever before. Everything from climate change to germ theory to behavioral economics is littered, polluted with unsubstantiated and unqualified opinions, fraudulent data, and an echo chamber of agreement.

If engineers acted like modern scientists, our world would quite literally fall apart.

This is one of the most widely cited books in the entirety of nonfiction, and it has become much more important each year since it was first published 60 years ago.

I consider this mandatory reading. You don’t need to understand the specifics of each theory out there, but you absolutely must understand the structure of scientific revolutions.